On a global scale and until recently, Indonesia has been known as a nation with “no enemies” and yet “no best friends.” As an emerging power and rising nation, Indonesia is continuously proving itself as a key player in economic terms as well as both global and regional influence, with public diplomacy at its core. Our group’s visit in March 2015 provided us with the opportunity to gain firsthand knowledge, perspective, and insight into what we consider an important and timely case study for the field of public diplomacy.

Please stay tuned as we plan to release our group research report on MONDAY, MAY 11. Our report will cover not only our observations and findings during our visit with the following organizations below, but also recommendations on how Indonesia and also the United States government might move forward in both considering and fulfilling its public diplomacy objectives.

Ambassador Robert O. Blake Jr. welcomes the group to the United States Embassy in Jakarta with a brief overview of the U.S. government’s current mission and public diplomacy objectives within Indonesia.

The group prepares to meet with staff members of KontraS, a grassroots human rights NGO operating within Jakarta. The group learned firsthand how KontraS is working to accomplish its objectives, serving as both an organization monitoring government actions but also a government ally offering its expertise in and commitment to human rights issues both within Indonesia and abroad. 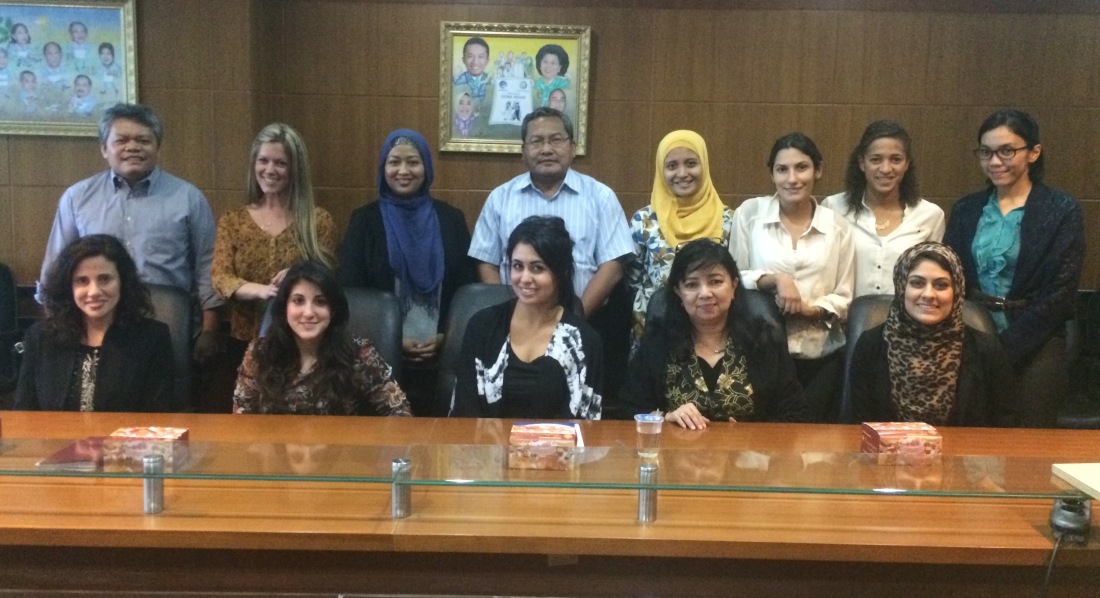 The Indonesian Ministry of Communication and Information Technology welcomes the group in a discussion of Indonesia’s current digital diplomacy efforts, initiatives, and challenges.

The Counter Trafficking and Labour Migration unit of the International Organization for Migration Jakarta presents to the group, illustrating the department’s myriad of ongoing projects, partnerships, and accomplishments.

The Indonesian Ministry of Religious Affairs welcomes the group to a presentation and discussion of Indonesia’s current faith diplomacy efforts and promotion of Inter-Faith harmony.

Institute for Peace and Democracy at Udayana University

Founders of the Institute for Peace and Democracy at Udayana University in Bali provide a warm welcome to the group for a candid discussion on democracy promotion and learning how the organization built itself from the ground up through relationship-building and partnerships. 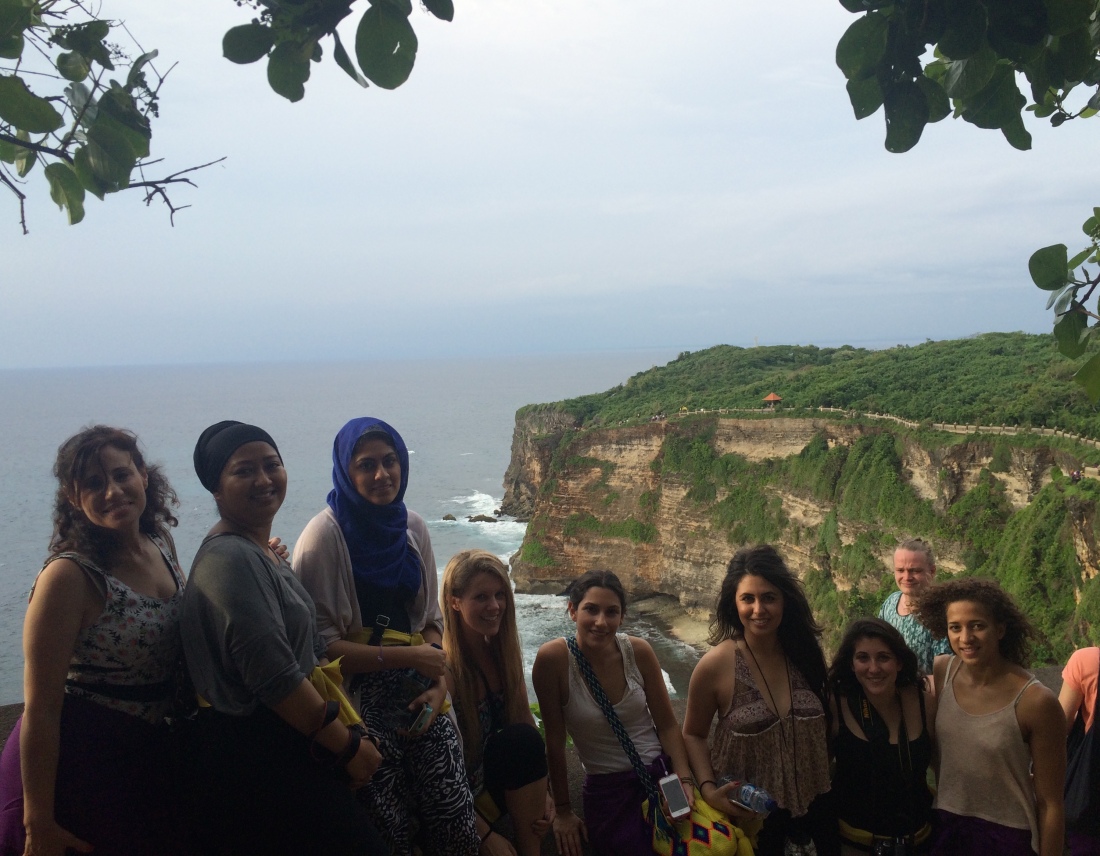 The group takes a small hike through Uluwatu to watch a Kecak Dance performed at sunset during their stay in Bali. The group took part in a number of cultural activities throughout their time in Jakarta, Bali, and Ubud. Following the group research experience in Indonesia, some of the members traveled on their own over Spring Break to Malaysia, Singapore, and Thailand. (Left to Right: Michele Johnsen, Soraya Ahyaudin, Nashwah Akhtar, Caitlin Dobson, Maria Camila Portela, Fatana Temory, Danielle Saroyan, Rebecca Heyliger)

By eating our way throughout Southeast Asia, culinary experiences posted to our @gastrompd Instagram account, we found a great deal of globalization could be discovered though food. Cuisines and flavors throughout Thailand, Indonesia, Malaysia, Korea, and Singapore were shared, transmitted, and exchanged between these countries and those neighboring. We enjoyed a taste of history and sociology through gastrodiplomacy, and our tastebuds didn’t complain, either.

A term and concept popularized by our very own Master of Public Diplomacy alumn Paul Rockower, this type of public diplomacy is used by many countries, as a way of communicating culture through food, to promote a country’s culture and generate cross-cultural understanding. As mentioned within his article “The State of Gastrodiplomacy,” written for the May 2014 Issue of Public Diplomacy Magazine, he states, “As such, gastrodiplomacy understands that you don’t win hearts and minds through rational information, but rather through indirect emotional connections. Therefore, a connection with audiences is made in tangible sensory interactions as a means of indirect public diplomacy via cultural connections. These ultimately help to shape long-term cultural perceptions in a manner that can be both more effective and more indirect than targeted strategic communications.”

We hope for this Instagram account to continue as a research tool used each year by future MPD Research groups, to highlight their culinary experience(s) throughout the world,  so that this type of cultural diplomacy might be shared and better understood.